Public Information and Community Outreach - About Us 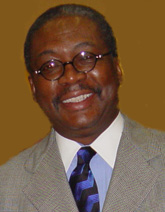 David E. Rivers, DHL, serves as Professor and Director of the Public Information and Community Outreach at the Medical University of South Carolina. He has served the University in a number of capacities since January 1995.

Dr. Rivers received his Bachelor of Science degree in Urban Affairs from Georgia State University and his Master of Arts degree in Political Science/Public Administration from Georgia State University, where he has completed course work for the Ph.D. in Political Science. He is also a graduate of the National Urban Fellows Program in Public Administration from Yale University. He is a graduate of the Riley Institute Diversity Leadership Program at Furman University and received an Honorary Doctorate of Humane Letters from Allen University. In addition, Dr. Rivers served three years in the U.S. Army.

Dr. Rivers serves as Board Chairman of the National Urban Fellows in New York, NY. He also serves as Chairman of the James E. Clyburn Research and Scholarship Foundation. He is also President of the Jonathan Green Foundation. Dr. Rivers is Vice Chairman of the Sea Island Comprehensive Health Care Corporation. He is a member of the National Forum for Black Public Administrators, American Water Works Association, Water Environment Federation, and the 100 Black Men of Charleston, SC. Dr. Rivers is a Board Member of the South Carolina Aquarium in Charleston, SC; My Brothers Keeper, Charleston, SC; National Council of La Raza ~ California State University Center for Latino Community Health in Monterey Bay, California; Allen University Board of Trustees in Columbia, SC; the Congressional Black Caucus Institute’s 21st Century Council Executive Committee; Advisory Board Member of Charleston First Reliance Bank; and the Trident Urban League. He has also served as a Board Member of the Community Foundation and the Charleston Regional Development Alliance. In addition, he was elected citywide to serve as a Commissioner of Public Works for the City of Charleston in 2003 and was re-elected in September of 2009 and 2015 unopposed, where he serves as Vice Chairman. 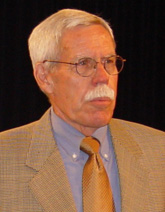 Glenn Fleming, Ed.D, is a Professor in the Department of Library Science and Informatics at the Medical University of South Carolina. Currently assigned to the Public Information and Community Outreach section, Dr. Fleming has been involved in educational support services and outreach activities for over 25 years. 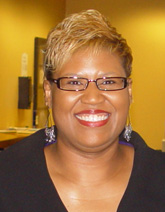 Latecia M. Abraham, DHA, MHA, serves as Instructor for the Public Information and Community Outreach program at the Medical University of South Carolina. 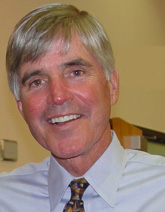 Richard Jablonski is a Research Associate in the Department of Library Sciences at the Medical University of South Carolina, where he has worked in various capacities for 17 years. He currently serves the Public Information and Community Outreach section as author/editor of publications and Producer of made-for-television programs on minority health, energy security and emergency preparedness issues. He previously worked for daily newspapers in Upstate New York and Charleston, SC. Mr. Jablonski is a 1979 graduate of McGill University.